Aleksey Myasoyedov, an employee of KONAR JSC, took the first prize in the competition “Glory to a laboring man” 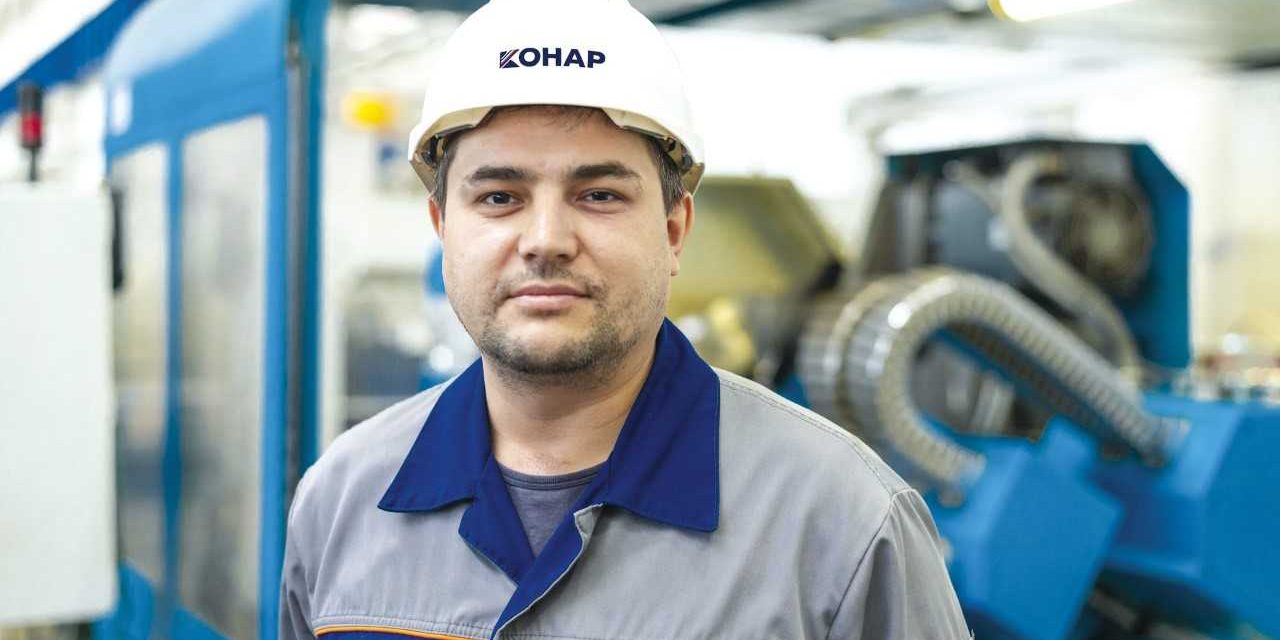 Aleksey Myasoyedov, a skilled operator of machines and manipulators of the sixth grade of KONAR JSC, took the first prize in the competition of professional skills “Glory to a laboring man!” of the Urals federal district. He won in nomination “The best skilled operator of CNC machines”.

— Last year I took part in the competition as well but in a different nomination – “The best turner on CNC machines”, and took the second place, — Aleksey says — This time I wanted to try my hand again. I had an idea of the competition, so I did not face serious difficulties. I am very glad that I was able to win”.
The competition took part in Yekaterinburg at the premises of the technology park “Universitetskiy” and the Urals engineering college. Nine representatives of leading industrial facilities from Sverdlovsk, Chelyabinsk, Kurgan and Tumen regions contested for the title “The best skilled operator of CNC machines”.   The competitive task was to write a control program and to produce parts on CNC machines.

— KONAR company has its “gold reserves” – the employees who achieve the best results in the most important specialities. We are especially proud of the fact that they grew professionally in our company, and we always give such employees an opportunity for further education and development, we stimulate and support them” – HR Director Elena Serebryakova says.