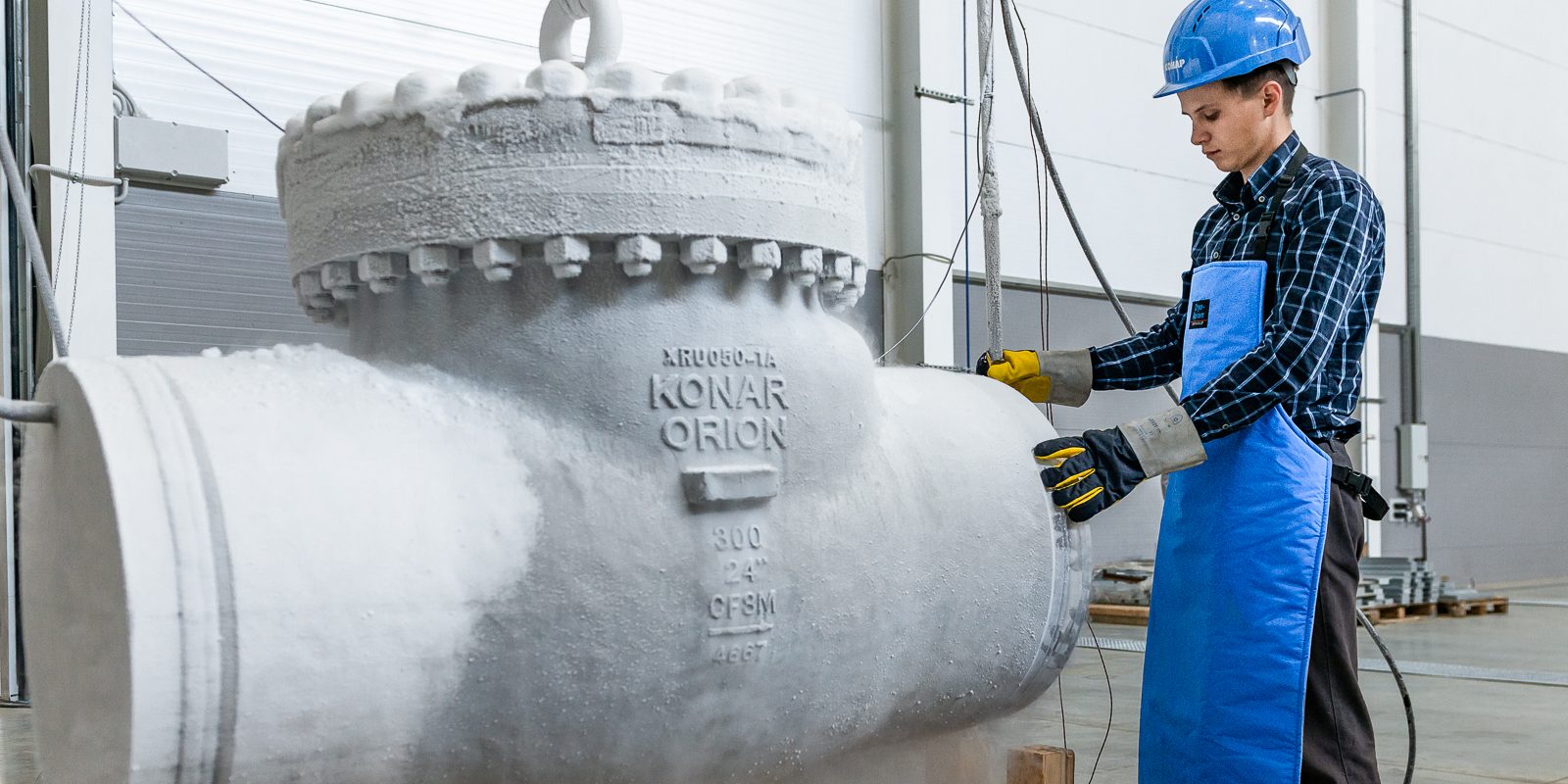 Leak tightness tests of cryogenic shut-off valve were carried out at the temperature of down to -196oС and with different pressure levels. After passing all tests, equipment will be supplied for operation in extremely low temperatures on construction of 4th process line of Yamal LNG Plant. Project involves the usage of mainly domestic equipment and process technologies. In order to observe the progress of cryogenic tests, Senior Mechanical Engineer of Yamal LNG, Viktor Bugaev, has arrived in Chelyabinsk.

– During project implementation, we faced lack of experience and knowledge in Russia in the development and manufacture of cryogenic valves, but absence of suitable cryogenic test benches was the main issue. All production was located abroad, mainly in Italy, – said Viktor Bugaev. – Launching of own cryogenic test bench allowing to perform tests for such dimensions is a huge step forward for development of LNG industry sector. In terms of technical features and equipment, the test bench itself surpasses foreign analogues and allows covering almost 90% of the range of cryogenic valves.

The cryogenic testing center was created with the participation of a world leader in the design of such test benches – Ventil Test Equipment B.V. (Netherlands). A significant contribution was made by process partner of KONAR – an Italian manufacturer of pipeline valves – Orion S.p.A. By virtue of their experience and competences, it took only 1 month to master-skill a unique cryogenic testing procedure.

– We consistently implement an agreement on strategic partnership with NOVATEK PJSC on equipment localization for LNG plants, – says Arseniy Dikiy, Business Development Director of KONAR JSC. – During recent years, our facilities have carried out serious preparations for the production of cryogenic equipment, which allowed us to become a supplier for the Yamal LNG project.

It is worth reminding that an agreement for establishment of testing center for cryogenic equipment used for liquefaction of natural gas was signed one year ago between KONAR JSC (Russia) and Ventil Test Equipment B.V. (Netherlands). Signing took place at the forum of NOVATEK PJSC participated by the Chairman of the Board – Leonid Mikhelson, dedicated to the involvement of Russian industry into LNG project of NOVATEK.