KONAR and BREDA ENERGIA S.p.A. will create a Joint Venture in Chelyabinsk 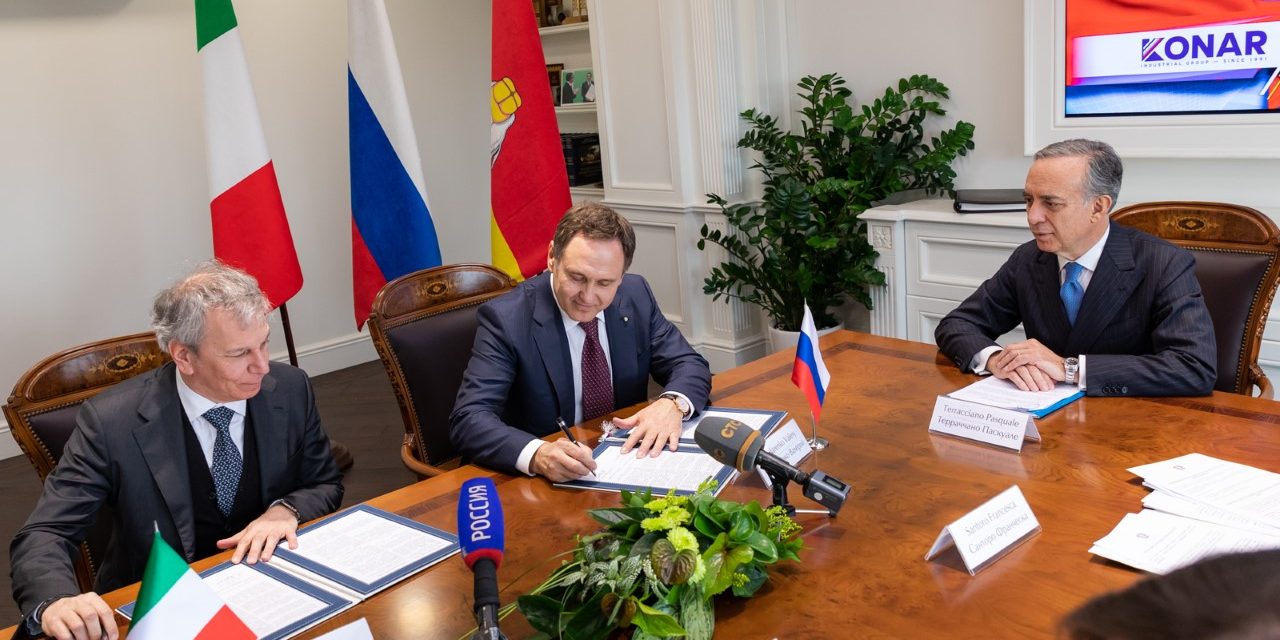 The agreement of intent between KONAR and Breda Energia S.p.A. was signed today in Chelyabinsk in the presence of Ambassador Extraordinary and Plenipotentiary of Italy in Russia, Pasquale Terracciano.

The delegation of the embassy was received by the head of KONAR industrial group Valery Bondarenko. Ambassador Mr. Terracciano visited industrial park Stankomash, where a number of facilities were created with world-famous Italian companies: Cividale S.p.A., Cimolai S.p.A., Termomeccanica Pompe S.p.A., Orion S.p.A., Nidec ASI S.p.A. This is no coincidence that the flags of Chelyabinsk region, Russia and Italy are always hoisted over the premises of this industrial site. For a significant contribution to strengthening of economic relations between two countries in 2018 Valery Bondarenko became a member of the Order of Merit of the Italian Republic — the first among Russian mechanical engineers.

— Industrial park Stankomash is a great example of cooperation between Russia and Italy, where Italian industrial traditions and Russian production are ideally combined, with particular attention is paid to important details, including environmental protection, — said Mr. Terracciano.

The next Russian-Italian project with the participation of KONAR involves creation of a new facility for the production, testing and maintenance of wellhead equipment in Russia.

As explained by Valery Bondarenko, General Director of KONAR, the basis of cooperation with Italian partners is a mutual respect, trust, and professional competence:

— We have a lot of plans for the future. Our togetherness makes a convention out of distance between us. No matter where we were born — in the north of Italy or in the Southern Urals, we are united by a special attitude to work, constant responsibility to partners and family, and, of course, responsibility to the homeland.

Italian Ambassador in Russia, Pasquale Terracciano, Honorary Consul of the Italian Republic in Chelyabinsk Region, Antonio Piccoli, and General Director of Breda Energia S.p.A., Marсo Pasini, planted Siberian pines which stand for strong partnership and fruitful cooperation in the partners’ lane of KONAR. There are already growing trees planted by, President of Cimolai, Luigi Cimolai, President of Cividale, Antonio Valduga, Chairman of the Board of NOVATEK, Leonid Mikhelson, President of Transneft, NikolayTokarev.