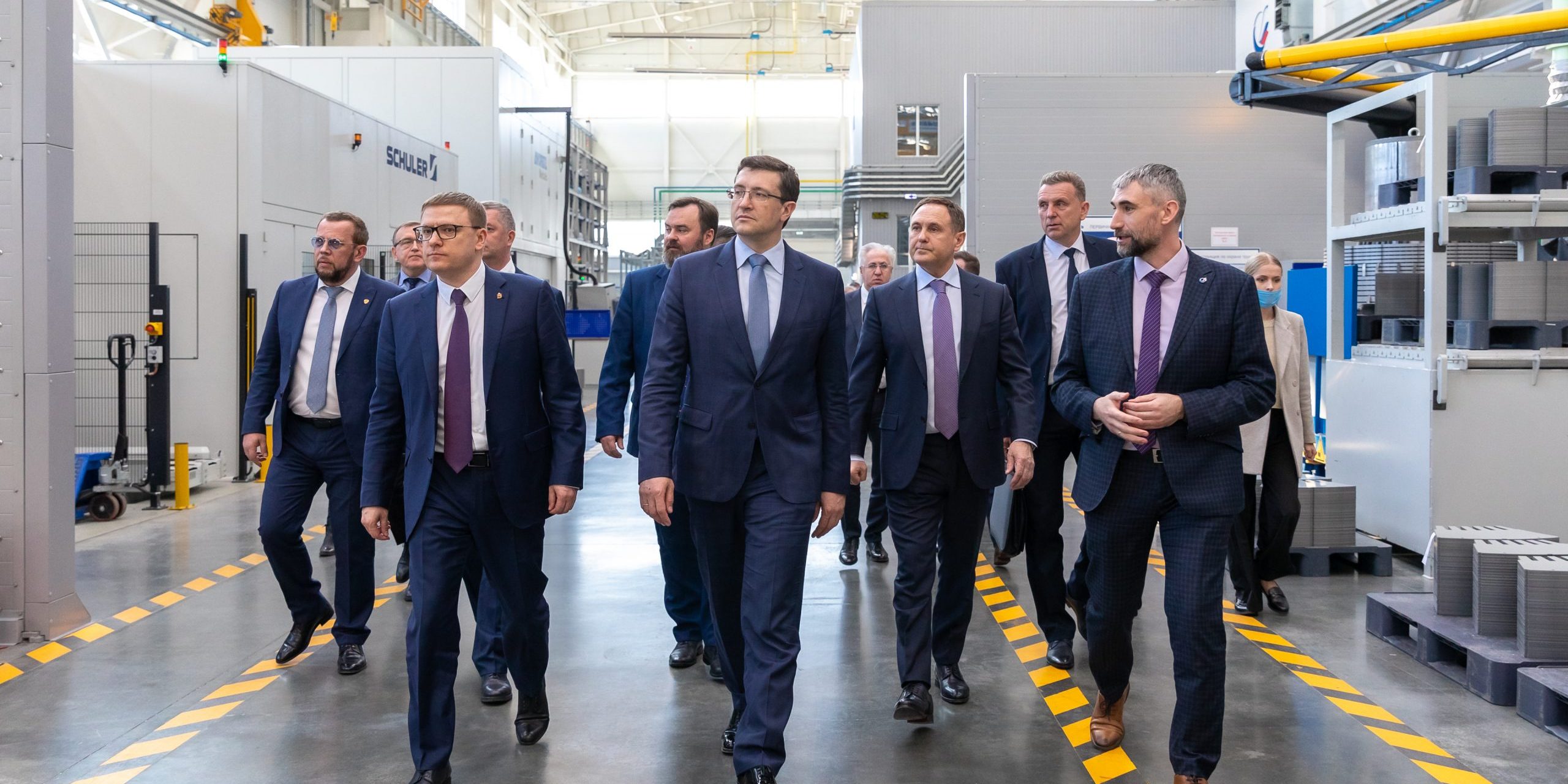 The agreement was signed in the presence of Aleksey Teksler, the Governor of Chelyabinsk region, and Gleb Nikitin, the Governor of Nizhny Novgorod region. Within the visit of heads of the regions to Stankomash Industrial park a set of agreements was signed. One of them regards development of strategic partnership between KONAR and Danieli Russia companies.

The agreement includes delivery of high-quality products of KONAR to Dalieli Russia.  First of all, this refers to the products of the foundry and forging division as well as goods of machining and metal structures divisions. Also provision of various production services by the new strategic partner might be possible in the future.

The document was signed by Danila Pykhov, Head of foundry and forging division of KONAR, and Lorenzo Mozetic, Chief Operatic Officer of Danieli Russia.

– KONAR Industrial group and the group of companies Danieli have been collaborating for 10 years. In 2011 the contract for supply of the steel-making complex Danieli to BVK LLC that is a part of KONAR JSC was signed. Today, signing the strategic partnership agreement, we open a new stage of relations between our companies, strengthen interregional cooperation and extend processes of localization of the most important for our country metallurgical equipment, – said Danila Pykhov.

Previously, Lorenzo Mozetic and the president of Danieli Russia Antonello Colussi had a tour of Stankomash industrial part and evaluated production capacities of the facilities.  There is a foundry and forging division in the territory which united capacities of the foundry BVK, the facility Modern Forging Technologies and Kuznitsa LLC in Kamyshin of Volgorgad region. They form a single production chain for production of high-quality steels for further rework.

– I was surprised with a full production cycle at Stankomash and location of all facilities at one site. There are great examples of successful collaboration between Russian and Italian companies, very high level of quality. Of course, we were glad to see our working equipment at BVK – a steel-making complex Danieli, – noticed Lorenzo Mozetic. – Having seen the highest quality and desire for growth, we decided that our company has a possibility to get good products at the output.

The governor of Nizhny Novgorod region Gleb Nikitin has already visited Stankomash several when we worked in the Ministry of Industry and Trade of the Russian Federation.

– I have been there before, I remember not only certification of Stankomash Industrial park but also how we supported production of pumps of Transneft company within the program of import substitution of oil and gas equipment.  Only upgrowth of the strategic order makes possible creation of industrial production of such quality. Changes have occurred since that time; the territory has flourished. Stankomash Industrial park is a worthy example to follow, – shared his impressions the governor of Nizhny Novgorod region Gleb Nikitin.

– Today we have signed the agreement between KONAR and Danieli; it is a foreign company but its representation office is located in Nizhny Novgorod. As one of the agreements is concluded between these companies, we decided to sign it directly at one of the sites. We have been there before many times, participated in creation of pumps as well as electric motors production; we even were here in 2016 at the opening of one of the plants. We looked back and totalized everything, so the agreement was signed here today, – said Aleksey Teksler, the Governor of Chelyabinsk region.

Danieli was founded in Italy and has over 100 years of history. It is a full-cycle supplier from raw materials to finished products in the metallurgical industry with the broadest range of technologies and know-how in the sphere. It covers a third of the global market. Almost all the largest metallurgical enterprises in Russia and the world operate on Danieli equipment.