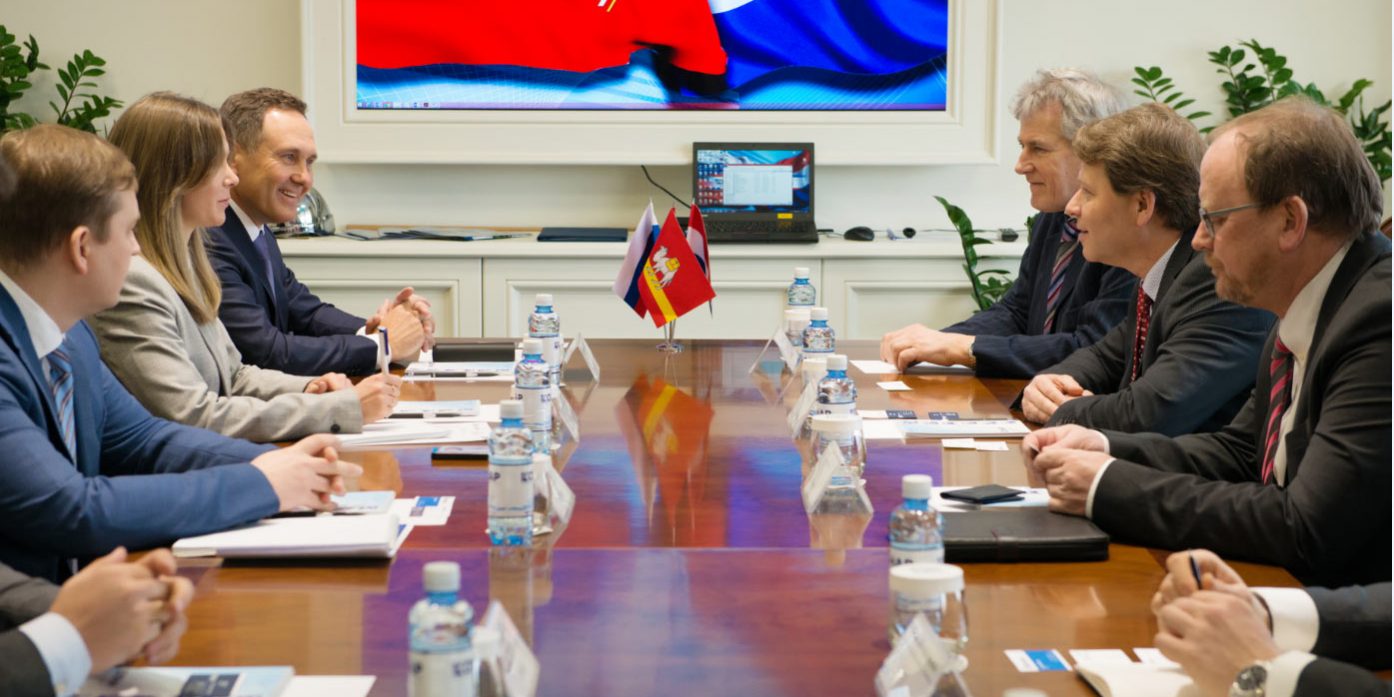 The parties discussed opportunities for cooperation under advanced projects related to production of equipment for oil and gas and power industries.

The leaders of Huisman (the Netherlands), which produces the most powerful shipboard cranes in the world, visited the Stankomash Industrial Park in Chelyabinsk — Konar-Cimolai plant for production of large-sized metal structures, BVK foundry and machining workshop.

Valery Bondarenko, Head of the KONAR Industrial Group, presented the guests its production capabilities and noted that the company is currently considering the possibility of coming into the European market.

The representatives of the Dutch company highly appreciated a rapid development of business and ambitious plans of KONAR. The guests admitted that they had never been in Chelyabinsk before, but had never heard about it.

— This is our first visit to your city. We are optimistic and believe that together we can create something successful and great, — noted Head of Huisman Mr. Rodenburg.

It is worth paying attention to the fact that the plants of Huisman are located in different parts of the world —  in the Czech Republic, China, Brazil, and the headquarters is located in Schiedam (the Netherlands). The company provides innovative technical solutions in oil and gas, power and civil industries. So, in 2014, the plant of Huisman in China produced the world’s largest shipboard crane with a lifting capacity of 10 thousand tons and crane arm of up to 48 meters. And this year, the company introduced the world’s first grappling hook for a crane, printed by the 3D printer: the product is made of high-strength steel and withstands a load of 80 tons. In Russia, Huisman is known for being one of the developers of the lifting system for Kursk nuclear submarine.

Foreign companies and their Russian branches take a keen interest in cooperation with the KONAR Industrial Group, which has a good experience in establishing joint ventures with foreign partners and localizing advanced foreign technologies from Italy, Japan, Great Britain, Germany and Austria in Chelyabinsk.