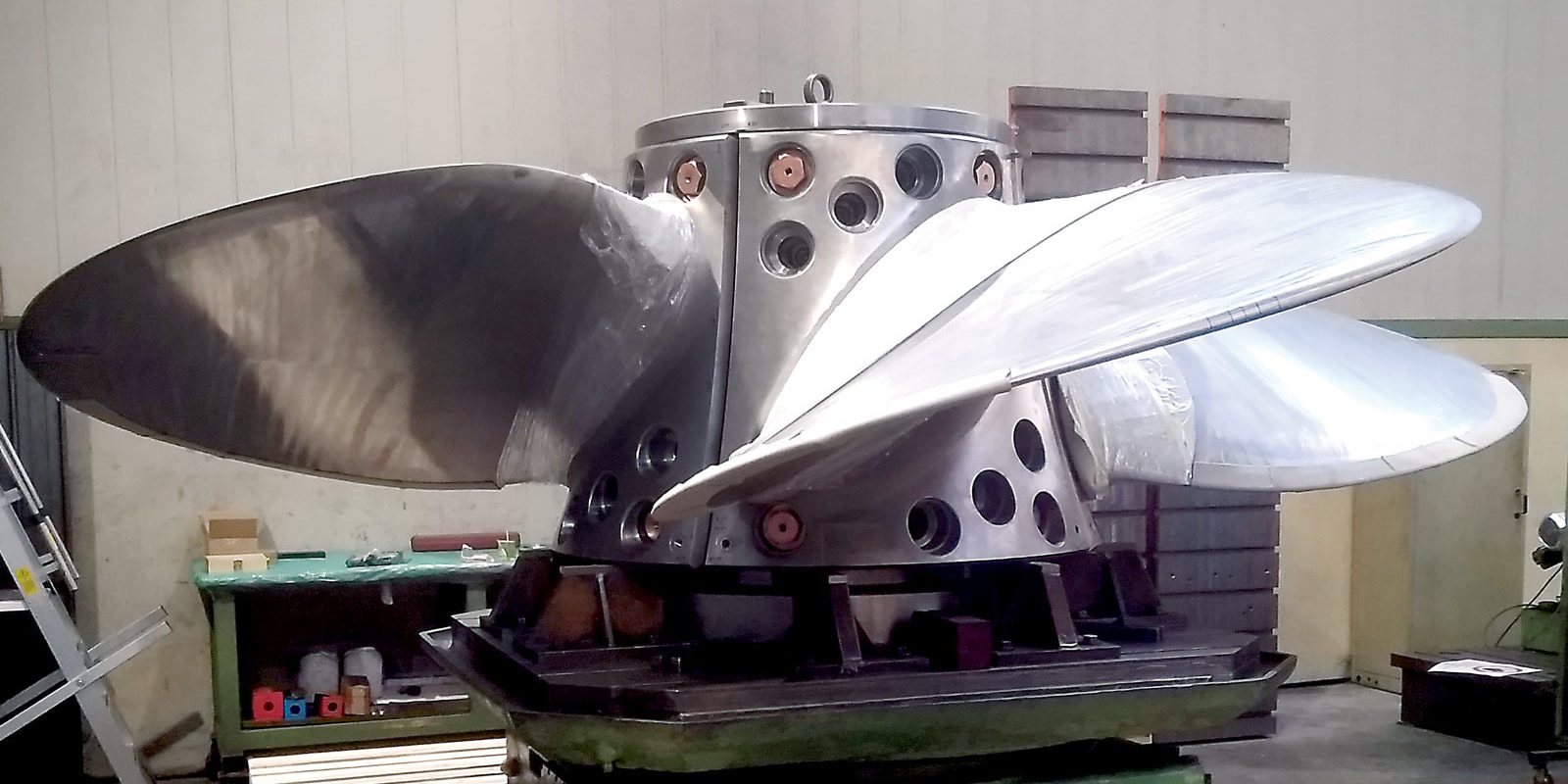 KONAR successfully performed the final test — fit-up assembly test of propeller components of the propulsion unit with capacity 7.5 MW made for Sapphire project.

Sapphire is a joint venture of Rosneft PJSC and General Electric (GE), it was created for localization of production of main components of electric propulsion system for vessels of civil marine fleet in Russia, vessels of Arctic class 7 in particular.

In 2017 KONAR JSC and GE signed an agreement of intent for increase of proportion of components of Russian production in GE products intended for regional and global markets of transport machine building and power engineering. According to the signed contract, KONAR will ensure 70% of localization for propulsion unit components for Arctic class vessels, and it implies production of a cast blank, subsequent machining, assembly and balancing. At the end of January the first stage of localization process was over: fit-up assembly test of first two sets was performed.

GE representatives gave a high appraisal of quality of items manufactured by KONAR Industrial group and a level of professionalism demonstrated during the fit-up assembly test. It resulted in a signed protocol and a permission for placing of further orders.

— Assembly and tests were successful, representatives of the customer – General Electric company – confirmed proper quality of items, — commented Arseniy Dikiy, Head of Business Development, KONAR JSC. — So KONAR obtained accreditation as a manufacturer of propulsion units for Arctic class vessels in Russia and confirmed compliance with the governmental decree No.719 aimed at increase of production localization in Russia. It will allow our company to meet targets related to ship building within Arctic LNG-2 project.