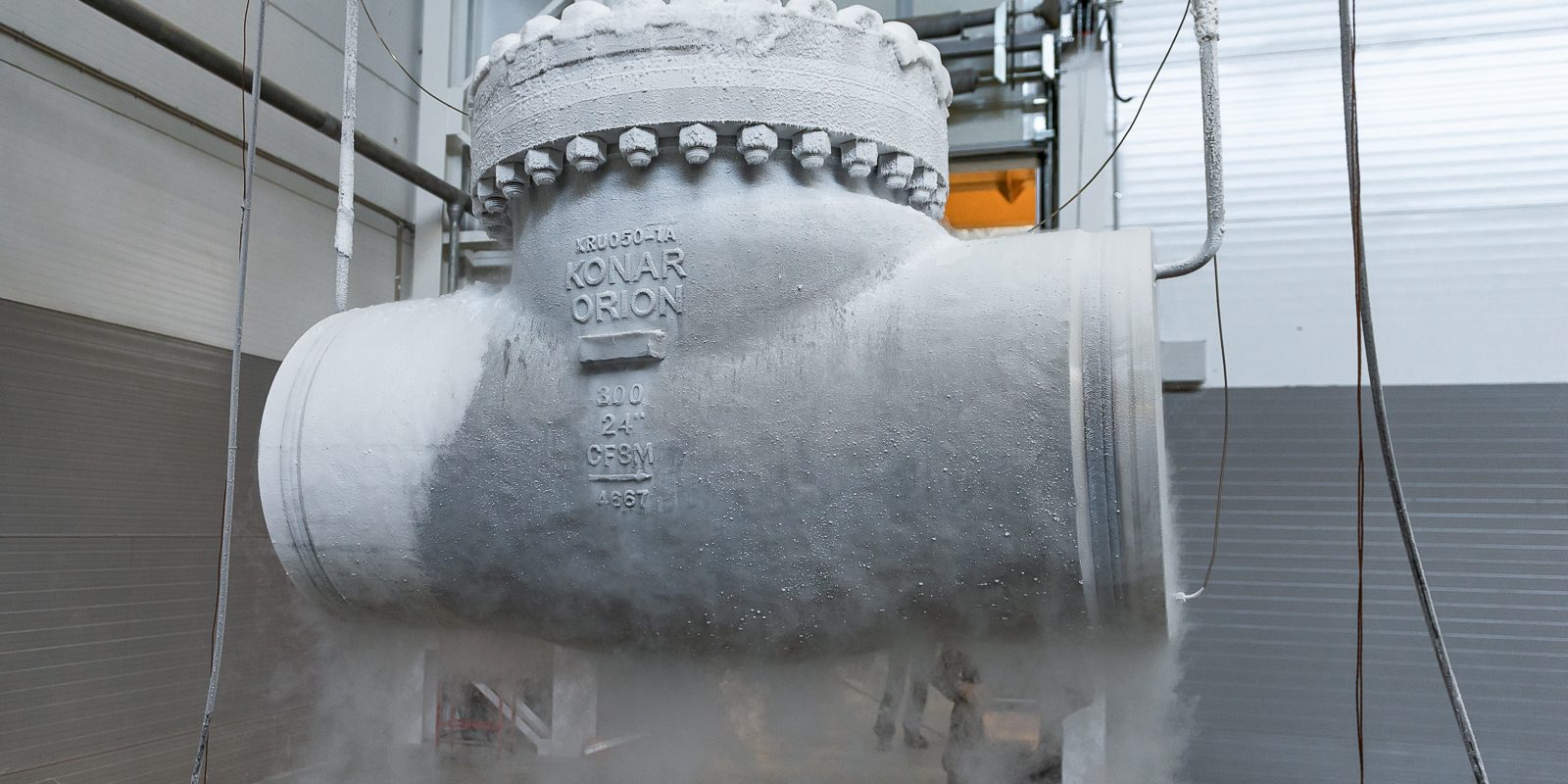 It is the only certified cryogenic bench in Russian Federation so far.

Certification was aimed at equipment compliance with requirements of GOST R 8.568-2017. According to results of the research, a certificate No. 2072/0086-20 was acquired, confirming that cryogenic test bench CTF24 is recognized as applicable for declared purposes usage.

– Acquired document confirmed that the bench, arranged in KONAR Research and Development Center, could be applied as equipment unit for cryogenic testing at low temperatures as well as for pneumatic testing of valves and process equipment, material of casing parts, welds strength, leak tightness and pressure testing. It is possible to use the bench for leak tightness test of seals, including valve closure and other flexible and fixed joints, counting helium leak detection, – said Vadim Gogolev, “Cryogenic Testing” Project Manager of KONAR JSC.

Bench capacity allows testing within pressure range from 0 to 30 MPa at the temperature from –196°C up to +20°C, within different testing medium. Various operating modes could be set at each stage. Autonomous stand-alone operation mode is an exceptional feature of the bench: programming possibility is integrated. Bench has three chambers, which allows using one for testing, while other two chambers are used for valves cooling for further testing. Сooling is done in several ways: filling the bath with liquid nitrogen, spraying liquid nitrogen over the bath or in combination of both ways. Another exceptional feature of the bench – it is possible to prepare a ready mixture of nitrogen and helium for testing in any percentage ratio.

At the moment, the bench of KONAR’s Research and Development Center is the only certified cryogenic bench in the territory of Russian Federation.