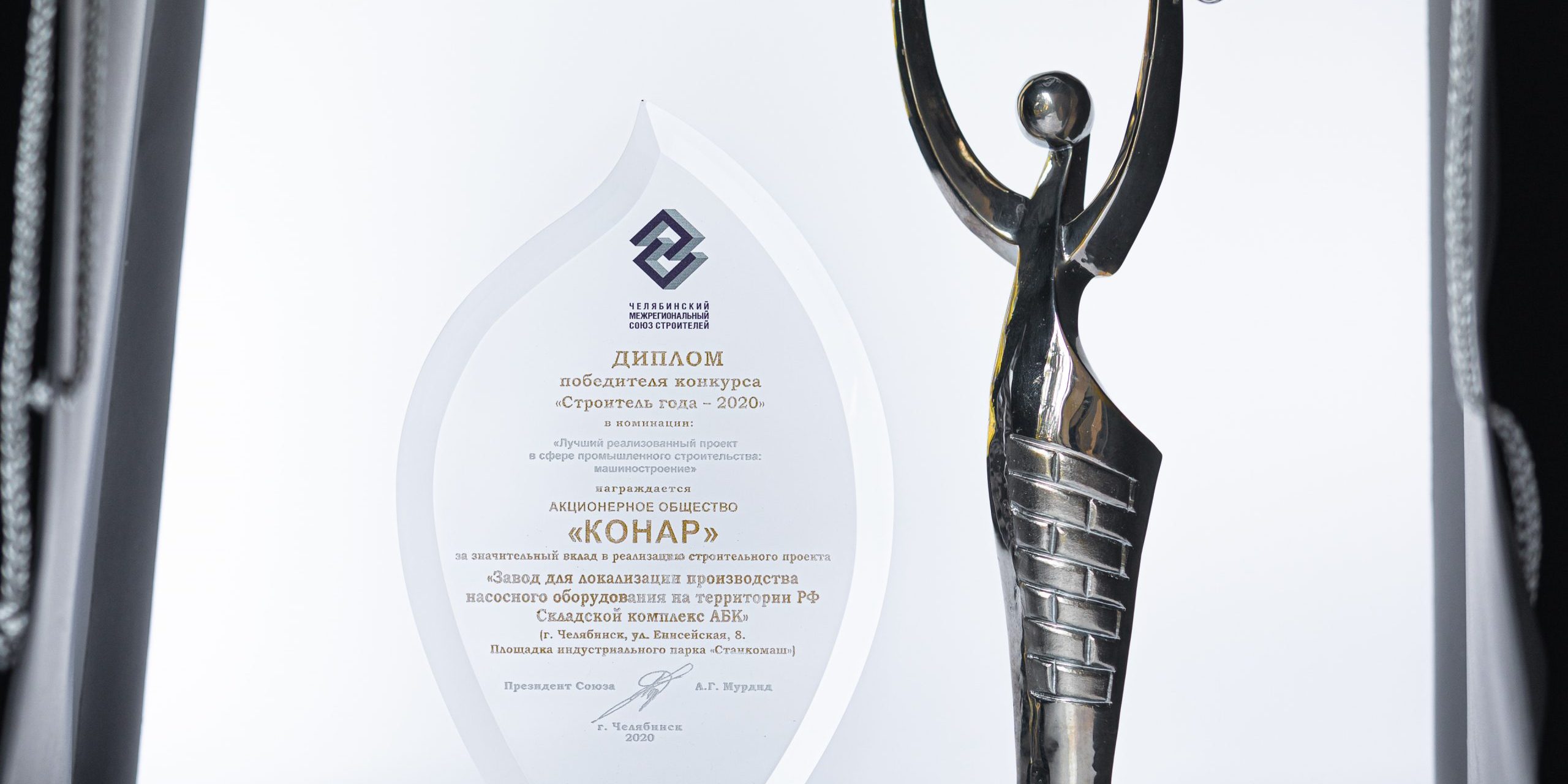 KONAR JSC yet again became an award winner in the nomination «Best implemented project in the field of industrial building construction: machinery building» of the regional competition « Builder of the year – 2020».

Awarding and investiture ceremony took place at the event in order to celebrate the occasion of Builder’s Day organized by Ural and Siberia Union of Builders together with city administration of Chelyabinsk.
This competition is held annually in order to appraise projects implemented in the capital of South Ural throughout the year.

As a competition job, KONAR Industrial Group presented a construction project of warehouse and administration and amenity building for Transneft Oil Pumps plant, located in the territory of Stankomash Industrial Park.

Warehouse is a three-bay building with adjacent administration and amenity building. Those buildings are connected with production building by lovely gallery with panoramic view. Warehouse floor space is around 18 000 m2, administration and amenity building’s floor space – more than 45 000 m2, including catering unit, canteen rated for 300 places, conference hall. Activities on territory improvement are also included in the project. Territory has curbs installed, pedestrian footpaths formed, lawns laid out, asphalt covering of car passes and parking done.

KONAR’s victory in «Builder of the year – 2020» competition is far from accidental. Industrial Group was firstly awarded with best project in 2015 – at that time it was Transneft Oil Pumps plant (production building) built in the territory of Stankomash Industrial Park. For the second time, in 2018, the victory was ensured by the construction of the Russian Electric Motors plant. Last year, the project of KONAR’s Research and Development Center became the laureate of the competition.