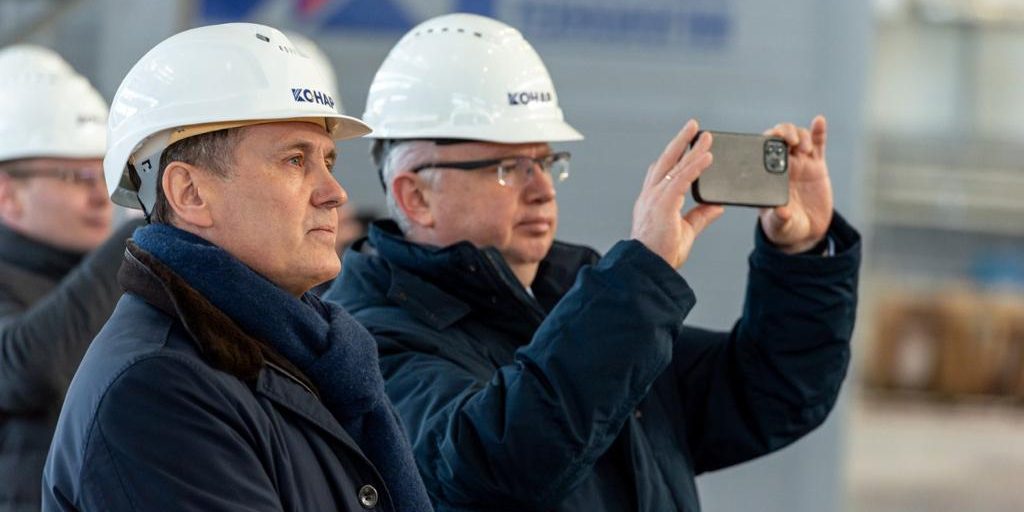 The reason for the business visit to Chelyabinsk facilities was acquaintance with Head of the Ural bank of Sberbank Dmitry Sukhoverkhov who oversees 6 regions of the Ural Federal District and the Republic of Bashkortostan, and discussion of further areas of cooperation.

As Head of KONAR Industrial Group Valery Bondarenko noted, among such promising areas are participation in development of shipbuilding projects in the Far East and construction of new production and commercial facilities of KONAR.

Based on the results of his acquaintance with the resident facilities of the Park, Dmitry Sukhoverkhov noted that he had received a complete picture of the technical and technological base of KONAR Industrial Group and saw in it a solid foundation for a further increase of financial results of its companies.

It should be added that Sberbank and KONAR have long-term partnerships. They have been developing especially actively since 2015, when KONAR began to implement its ambitious engineering projects in the territory of Stankomash and created the first industrial park in Chelyabinsk region. Nowadays, there are 11 resident facilities in the Park. Some of the facilities are joint ventures of KONAR JSC with Russian and foreign companies – with Transneft PJSC, Cividale S.p.A., Cimolai S.p.A., Termomeccanica Pompe S.p.A., Orion S.p.A., Breda Energia S.p.A. (Italy). Localization of advanced foreign technologies from Germany, Japan, Italy, Great Britain is provided.