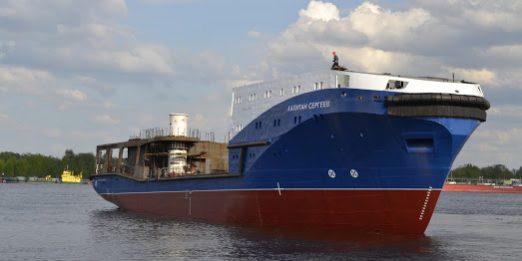 On May 14, 2021, Yaroslavl shipyard in a solemn ceremony launched the sea tug of project 23470, named «Captain Sergeev».

The tug «Kapitan Sergeev» is equipped with innovative pod propulsion units with a capacity of 2.5 MW and a weight of 45 tons. KONAR Industrial group fulfilled the contract for their manufacture and supply strictly within the terms specified in the state defense order. The production of propulsion units was mastered in the period 2018-2019, and for the first time they were installed on the Kapitan Nayden vessel, which was launched in November 2019.

The documentation of project 23470, created in accordance with the requirements of import substitution, provided the share of domestic equipment for more than 90%. The tugs are built to the Russian Maritime Register of Shipping class KM Arc4 [1] AUT1 FF3WS EPP Tug. Their purpose is to carry out sea towing of ships, floating objects and structures in ice and in clean water, to conduct ships in the water area of ports and mooring, escort operations at sea, extinguishing fires on floating and onshore objects, extinguishing fuel burning on water, as well as refloating ships and vessels