The participants of the International Foundry Congress visited BVK foundry 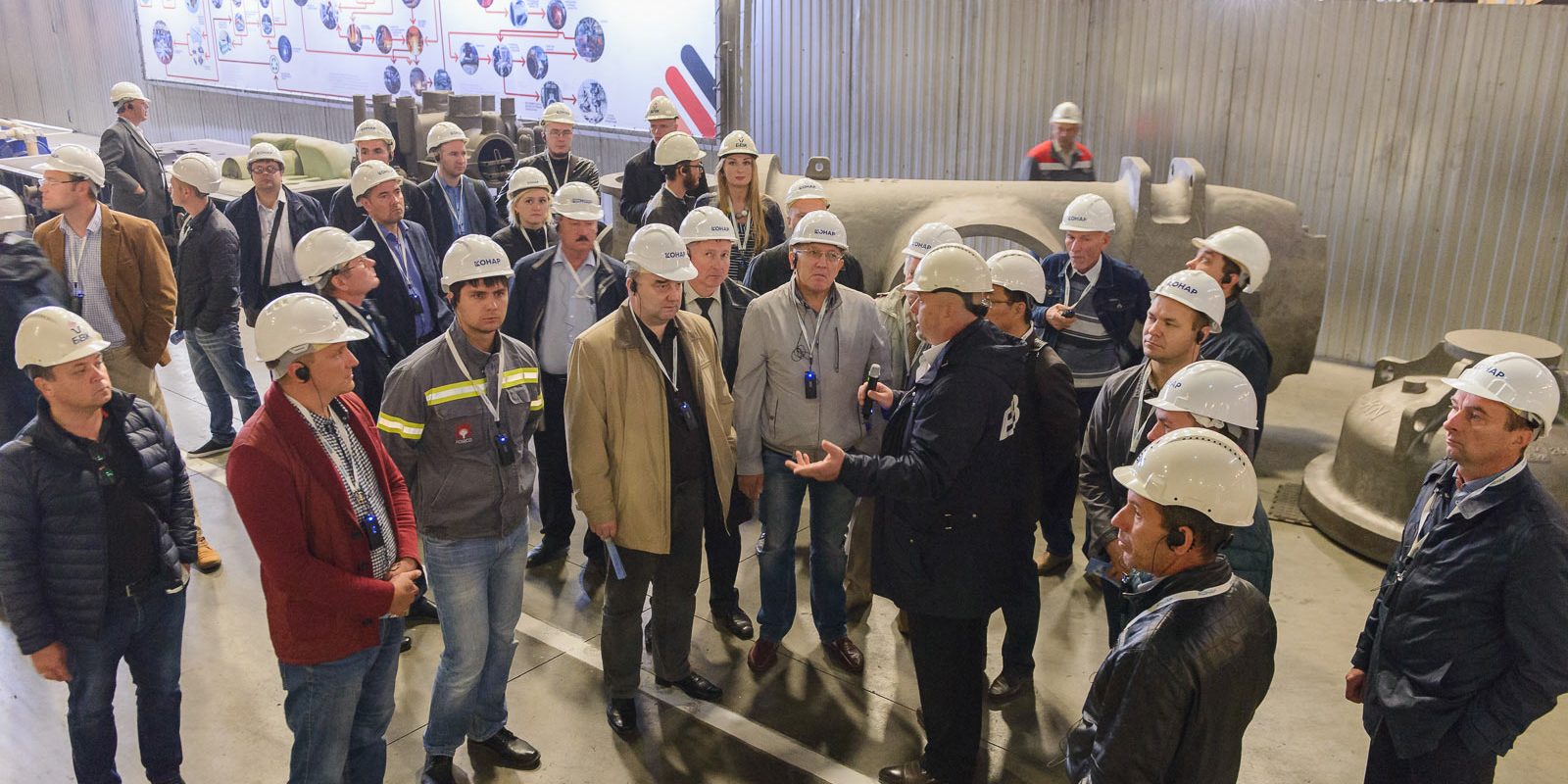 More than hundred participants of the Foundry Congress of the SCO and BRICS countries visited BVK foundry located on the premises of the Stankomash Industrial Park. The visit of the foundry was conducted by Director Vadim Savitskiy and Chief Metallurgist Gennadiy Dovgalyuk. The guests also visited the museum of military and labor glory Stankomash.

The XIII International Foundry Congress of the SCO and BRICS countries and the International Exhibition “Casting 2017” are held in Chelyabinsk on September 18 — 22. About 300 representatives of industry from Russia, Kazakhstan, Tajikistan, Turkey, Belarus and Germany gathered at the forum to discuss pressing issues of the foundry production.

The visit to BVK foundry, established in cooperation with the Italian company Cividale S.p.A., was organized to demonstrate an advanced experience of the Chelyabinsk facility. Currently, BVK, built in 2013, is one of the most modern facilities in the Russian Federation and Europe.

«For the first time I have learned that such a modern foundry was established in Russia, I am excited», — said Vladimir Plotnikov, Chief Metallurgist of Tekhnolit LLC, Senior Process Engineer of Salyut PJSC (Samara), after the visit.

“We have known that the facility is advanced, one of the best in the country, but what I have seen with my own eyes, exceeds expectations. A very impressive workshop, technological production, I have liked cleanliness at the plant”, — said Sergey Fokin, representing Kompleksnye modifikatory LLC (Saint Petersburg).

“A very good and serious facility, worthy of emulation. We need to replicate them in Russia”. — said Anatoliy Poddubny, Advisor to General Director of Engineering Center of Nuclear Containers JSC.

Let’s just point out to the fact that earlier, within the framework of the congress, BVK foundry and machining workshop of KONAR JSC were visited by Head of Metal Mining Industry and Heavy Engineering Industry Development Department of the Russian Ministry of Industry and Trade Aleksandr Lebedev and Senior Researcher of Pipeline Transport Institute LLC (Transneft) Oleg Zhevelev. For them, the visit was conducted by Head of Engineering Center of KONAR JSC Evgeniy Bodrov.

“Impressive scale, global construction projects! Today the majority of entrepreneurs only support production, so this rapid development is particularly impressive. It is pleasant to see how in the Industrial Park from the abandoned workshops grow new modern facilities. I have examples with which it can be compared, I was here five years ago”, — noted Oleg Zhevelev.

“It is nice to see such a modern high-technology facility in Russia. Particularly an impressive fact is that an attentive attitude to control operations, as well as importance focused on quality of produced products”, — said Aleksandr Lebedev.

The agenda of the Foundry Congress of the SCO and BRICS countries included holding plenary and break-out sessions, round tables with presentations of leading experts and scientists from Russia and foreign countries on all redistribution of foundry, business meetings, exchange of experience, visits to facilities in Chelyabinsk and the region.

The Congress was attended by employees of facilities of the KONAR Industrial Group. KONAR was represented by Deputy General Director — Production Director Sergey Vittenberg, Head of Engineering Center Evgeniy Bodrov, BVK LLC — Director Vadim Savitskiy, Chief Metallurgist Gennadiy Dovgalyuk and Head of Sales Department Kirill Tryapitsyn, as well as Italian partners of Cividale S.p.A. Moreover, the Congress was attended by the representatives of the strategic partner of KONAR – GUSAR LLC (Gus-Khrustalny), where the foundry will be launched in the near future.

We would like to add that events were organized by the Russian Foundry Association with the support of the Ministry of Economic Development of Chelyabinsk region and the Ministry of Industry and Trade of the Russian Federation. The Foundry Congress is held every two years in the largest industrial cities of Russia.

BVK LLC has modern equipment and unique technologies to produce the vast majority of structural, high-quality, alloyed, carbon and low carbon steels with carbon content up to 0.03%, as well as high-alloy, corrosion-resistant, heat-resistant and creep-resistant steels of austenitic and martensitic classes.

BVK LLC produces cast billets and casing and cover components of pipeline valves, MOL pumps and turbines, products for fuel power industry and nuclear industry, ingots for forging and rolling, propulsion units for vessels designed for operation in the North.