Valery Bondarenko became a Citizen of honour of Chelyabinsk 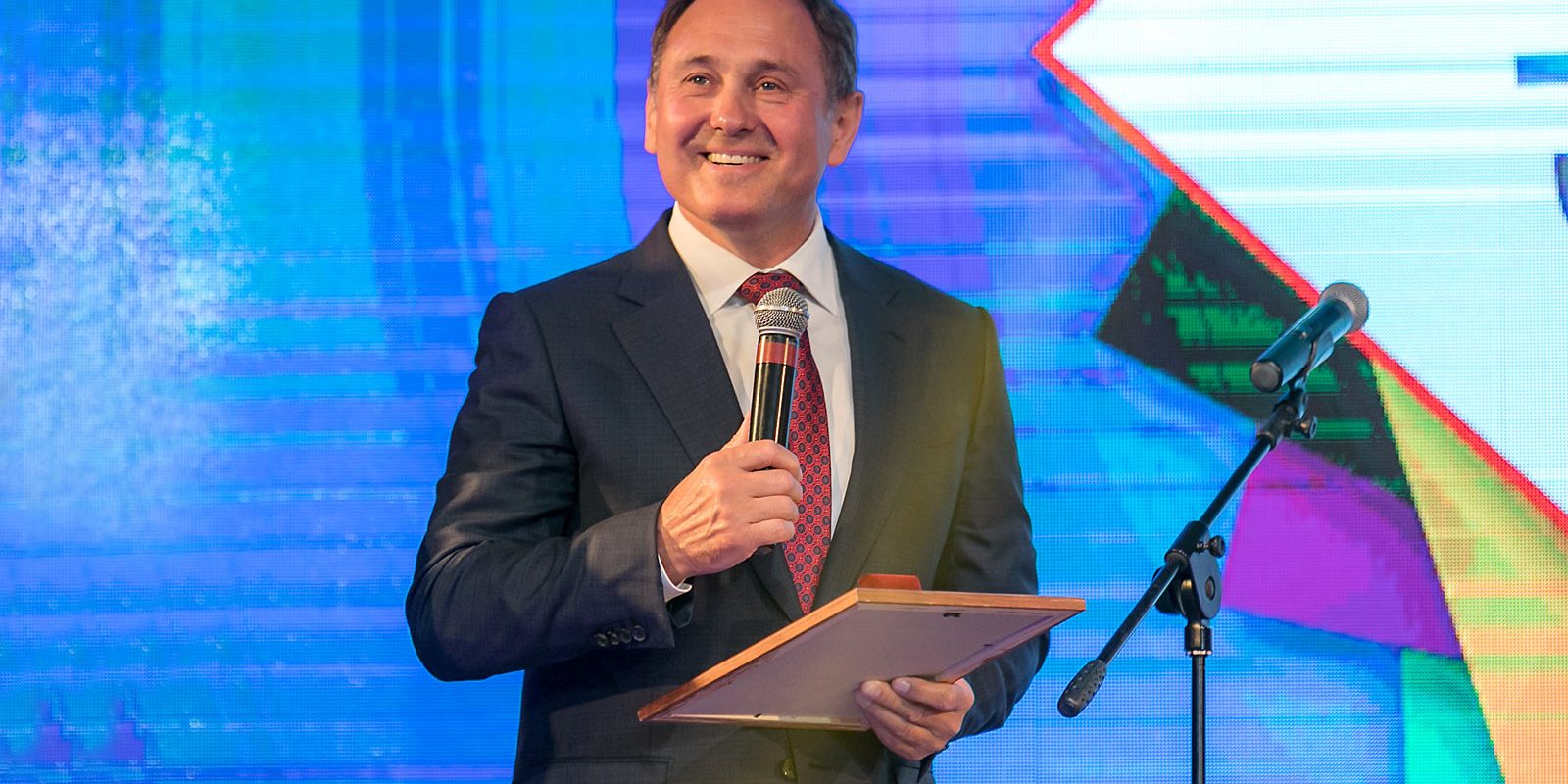 The head of KONAR Industrial group Valery Bondarenko was awarded the title of a Citizen of honour of Chelyabinsk for special services to the city.

Marks of distinction were awarded in ceremonial atmosphere at the traditional reception of the Head of the City in honour of the 283rd anniversary of Chelyabinsk establishment. Awarding was carried out by Natalya Kotova, acting head of the city, and Stanislav Mosharov, chairman of Chelyabinsk city council.

Having received the award, Valery Bondarenko noted that the best things in his life are related to Chelyabinsk – here he met his love, created a family, got education in Chelyabinsk Technological University and a chance to realize his potential as an engineer.

«Dear citizens of Chelyabinsk, fellow townsmen! I am grateful to you for high evaluation of contribution of KONAR Industrial group into development of Chelyabinsk. Great deeds are not done alone, they are done only by a team. I am grateful to my family, my colleagues and friends for supporting all my ideas and beginnings. Forty years ago sharp I moved to Chelyabinsk from a village in  Kazakhstan having only one dream —  to become a student and to stay in Chelyabinsk. I love Chelyabinsk as it is, I love its citizens. I promise you, fellow townsmen, to devote all my energies and competencies in order to make our city better, — Bondarenko said in his speech.

Valery Bondarenko was born in 1962 in Kazakhstan. In 1984 he graduated from the Motor-transport faculty of Chelyabinsk Technological University with a degree of a mechanical engineer. Before and after military service he worked at Chelyabinsk tractor plant where he made his way from a foreman to a deputy head of workshop for production planning. In 1991 he founded his own facility KONAR for production of fasteners, flanges and pipeline parts for oil industry. Nowadays, KONAR has competencies in engineering taking part in solution of complex issues in oil and gas extraction, transportation and refinery. KONAR Industrial Group comprises more than 15 companies including joint ventures with Russian and European partners in machinery field as well as Stankomash, the first industrial part in Chelyabinsk region.