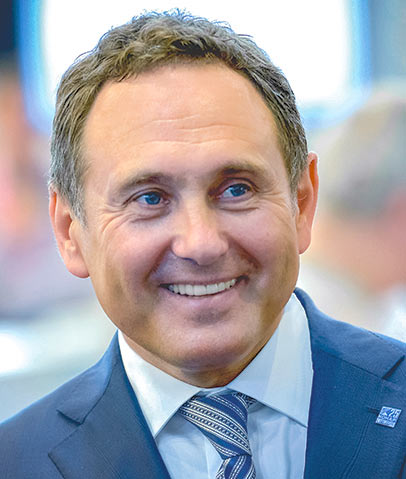 In 1984, graduated from Mechanical Transport Faculty of Chelyabinsk Polytechnic Institute, acquired an occupation of «mechanical engineer».

From 1984 to 1993 (before and after military service) worked at the motor plant – Chelyabinsk Tractor Plant Production Association. He worked his way up from foreman to deputy shop manager for production preparation.

In 1991, founded KONAR company in Chelyabinsk and is still the General Director of the company. KONAR JSC (until 2016 named as KONAR CJSC) started out as a manufacturer of flanges, flange fittings and pipeline parts.

Since 2013, has opened a number of joint ventures with Russian and foreign companies. During the years of its formation and development, KONAR has grown to the scale of an industrial group of about 15 companies with competences in the field of oil and gas engineering, including the LNG industry, manufacturing of large metal structures, shipbuilding, and power engineering.

In 2015, created the Chelyabinsk Region’s first certified industrial park, Stankomash. 11 new resident enterprises are operating here, and more than 5000 jobs have been created.

In 2021, by Decree of the President of the Russian Federation,

Valery V. Bondarenko was awarded the Medal of the Order For Merit to the Fatherland, 2nd Degree.

Previously, he was awarded Italy’s highest Order of Merit of the Italian Republic, Companion Degree — for his significant contribution to strengthening economic relations between the two countries (2018). He is an Honorary Citizen of Chelyabinsk (2019) and Honorary Citizen of the Chelyabinsk Region (2017), Honorary Machine Builder of the Russian Federation (2016), and was awarded the Russian Government Prize in Science and Technology (2014).