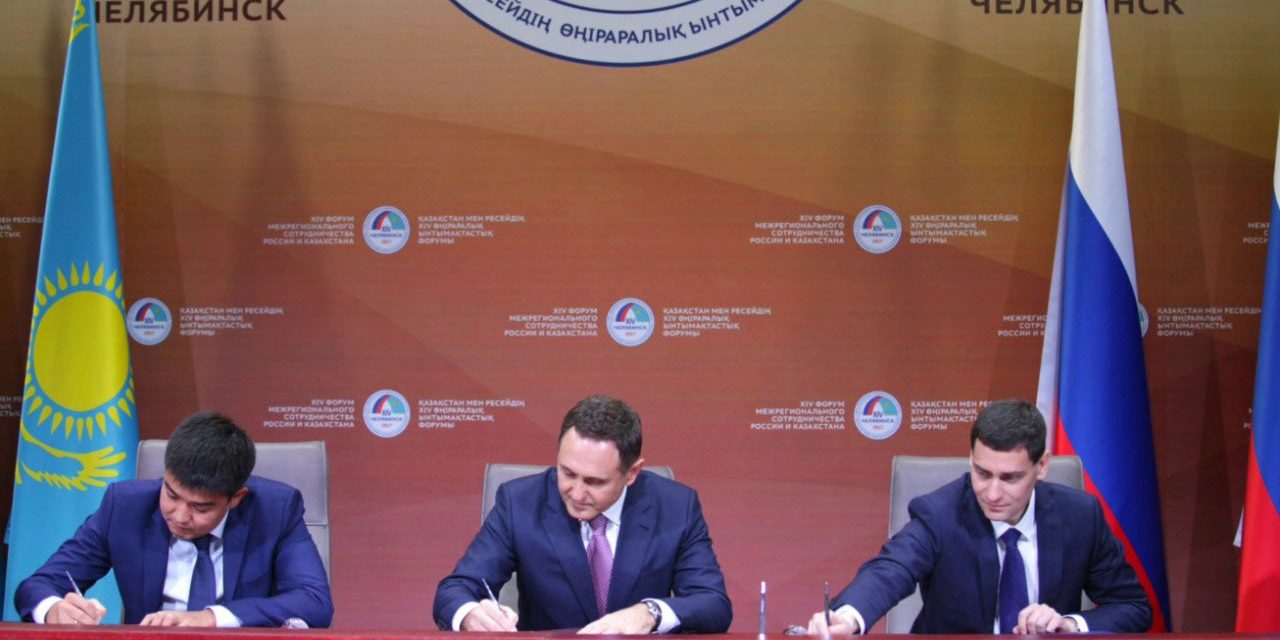 On November 9, within the framework of the XIV Forum on Interregional Cooperation between Russia and Kazakhstan, the agreement on strategic partnership and cooperation was signed between KONAR JSC, Gazprombank JSC and Pavlodar Oil Chemistry Refinery (POCR). The target of the agreement is a joint use of production potential to enhance efficiency and improve competitive position in the market.

POCR and KONAR JSC have long-time business partnership relations. The Russian company supplies pipeline valves to the oil chemistry refinery, a large list of non-standard products, metal structures, pipes and pipeline components. The priority area of cooperation within the framework of the agreement is the localization in Russia and Kazakhstan of the production of equipment and machinery to ensure process flows of oil refining and petrochemistry, as well as production of complex large-sized metal structures and packaged equipment.

The agreement was signed by General Director of KONAR JSC Valery Bondarenko, Managing Director for Economy Affairs and Finance of POCR Ermek Baymukhanov, Deputy Chairman of the Management Board of Gazprombank JSC Yan Tsenter. This bank participates in the agreement as a settlement bank on the part of KONAR.

— The signed agreement is an effective basis for a further cooperation with the Pavlodar plant. The projects, which the Kazakh party is starting to develop, relate to the field of advance oil refining and petrochemical production. We will be able to apply experience of the KONAR Industrial Group in the projects which the Kazakh partners will have in the near future. It is a great honor for us to be able to apply our product. For the Kazakh party, this is an opportunity to reduce capital expenses, since it will be products that replace products from European and Asian countries.

For information:
KONAR JSC (the Russian Federation, Chelyabinsk) is a large Russian facility specializing in design and production of serial and non-standard equipment for oil and gas industry. The company has competencies in the field of complex engineering, has the largest stock of machining equipment, assembly and test complex, its own engineering center.

Gazprombank JSC (the Russian Federation) is one of the three largest banks in Russia in all key indices and ranks third in the list of banks in Central and Eastern Europe in terms of its equity. Gazprombank JSC serves the key industries of the Russian economy. The bank participates in the agreement as a settlement bank on the part of KONAR JSC.

Pavlodar Oil Chemistry Refinery (Republic of Kazakhstan, Pavlodar) is a large facility producing oil products with a capacity of 5 million tons per year. According to the technology, the plant is focused on refining West Siberian oil.